faasd is OpenFaaS reimagined, but without the cost and complexity of Kubernetes. It runs on a single host with very modest requirements, making it fast and easy to manage. Under the hood it uses containerd and Container Networking Interface (CNI) along with the same core OpenFaaS components from the main project.

faasd does not create the same maintenance burden you'll find with maintaining, upgrading, and securing a Kubernetes cluster. You can deploy it and walk away, in the worst case, just deploy a new VM and deploy your functions again.

Watch a video comparing the two: 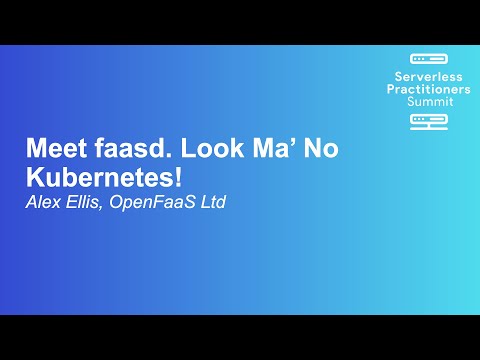 faasd is a static binary which requires a Linux system configured with systemd.

Minimal system resources are required such as: